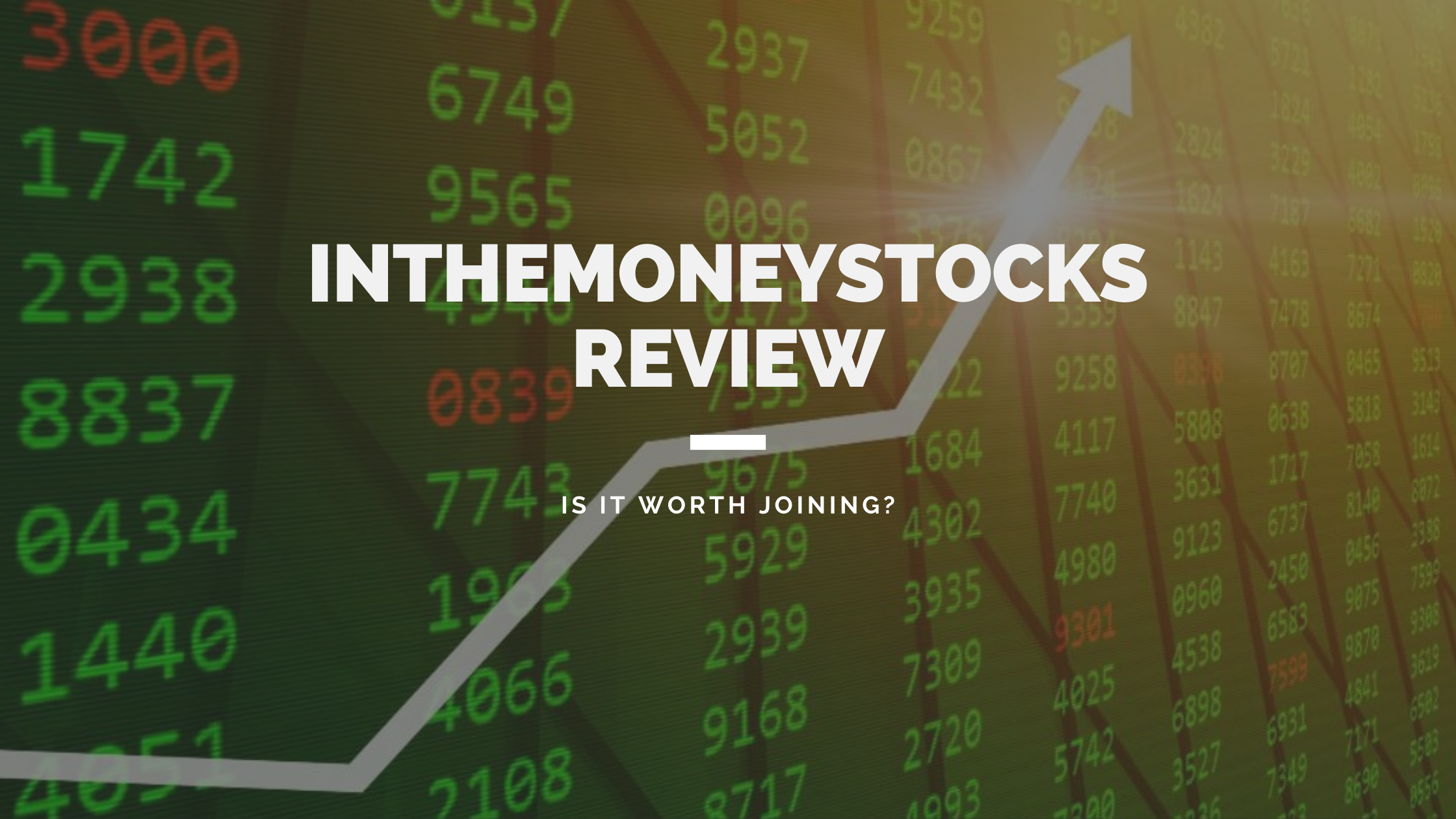 InTheMoneyStocks is a day trading community run by Gareth Soloway and Nicholas Santiago.

It's pretty pricey to join and before dropping thousands on their programs I'm sure you want to know if they're a scam or not.

If so, this review is for you.

I spent an entire day looking at InTheMoneyStocks and investigating this company and its owners.

So take a few minutes and read through everything - you'll know if it's worth joining by the time you're done reading.

Let's get into it!

Do I Recommend? No.

Summary: InTheMoneyStocks started 15 years ago by scammers and remains a scam to this day.

If you join you're pretty much guaranteed to lose money and there's no way of getting your money back.

3 Things To Consider About InTheMoneyStocks

Before we dig into what InTheMoneyStocks is offering, lets look at some background information.

This is what I think is most important to know about InTheMoneyStocks:

1) Gareth Started As A Scammer 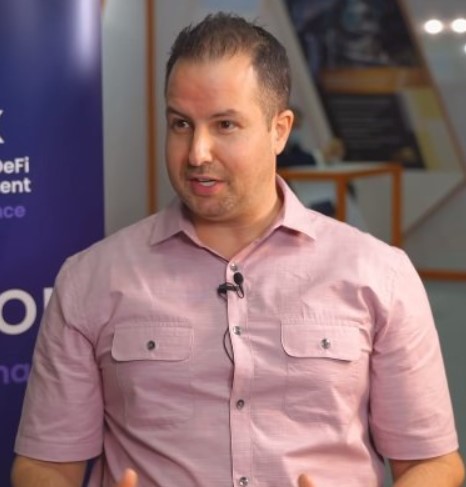 The guy above is one of the co-founders of InTheMoneyStocks and his name is Gareth Soloway.

When doing research into this company something jumped out at me..

According to an interview he was working 3 jobs when he launched InTheMoneyStocks:

When did Gareth actually learn to become a trader competent to teach others to trade?

To become a successful trader you need to hone your skills over many years - decades, really.

According to Gareth he spent free time in high school studying markets and technical analysis but this wouldn't be enough to be a competent trader.

On his Linkedin, he claims he was a financial adviser for a few years after college.. but that rarely involves day trading, which is what InTheMoneyStocks revolves around.

It turns out Gareth got his start at an extremely sketchy company called Great Eastern Securities.

This company was shut down in 2007 and was fined millions of dollars. People were also arrested by the FBI and went to jail at this company.

All people involved in this company were scammers, promoting highly speculative stock offerings for high commissions.

The year Great Eastern Securities shut down is the same year InTheMoneyStocks was born.

I think it's pretty clear Gareth didn't make his money as a trader and instead made his millions running InTheMoneyStocks.

I doubt he ever really was a competent trader to begin with.

An interview Gareth does pretty much confirms this.

Later on in the interview the question is asked directly to Gareth "How did you make your first million?"

This was his response:

So let's just state a few facts about Gareth:

In the interview he claims he "doubled his trading account in one year.

Earlier on in the interview Gareth claims InTheMoneyStocks was making millions in just a couple of years.

To answer the question honestly of how Gareth earned his first million, Gareth should have simply said "the profits from InTheMoneyStocks."

If you're making millions running a business selling trading services there's no reason for you to ever trade.

I highly doubt Gareth is a good day trader or makes any real money from day trading.

And if he does it's because he has a massive fortune that allows him to be profitable.

If you were to start Gareth off with a smaller account (like I'm sure you have) I think there's a close to zero percent chance he could turn it into anything significant.

3) Day Trading Is The Worst Way To Trade

In the interview I mentioned up top, Gareth said something only an absolute clown would say - long term investing is dead:

This was such an absurd and stupid thing to say the interviewer actually put this disclaimer at the end of the interview:

Let's take a look at how the market as performed over the last decade, when Gareth made this claim that "long term investing is dead:" 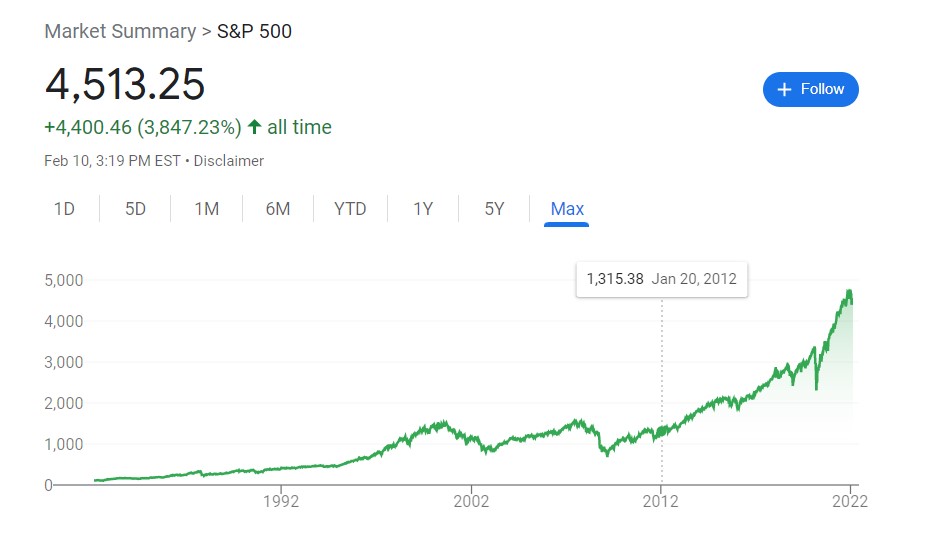 Let's see how Tesla's stock has done in the last 5 years: 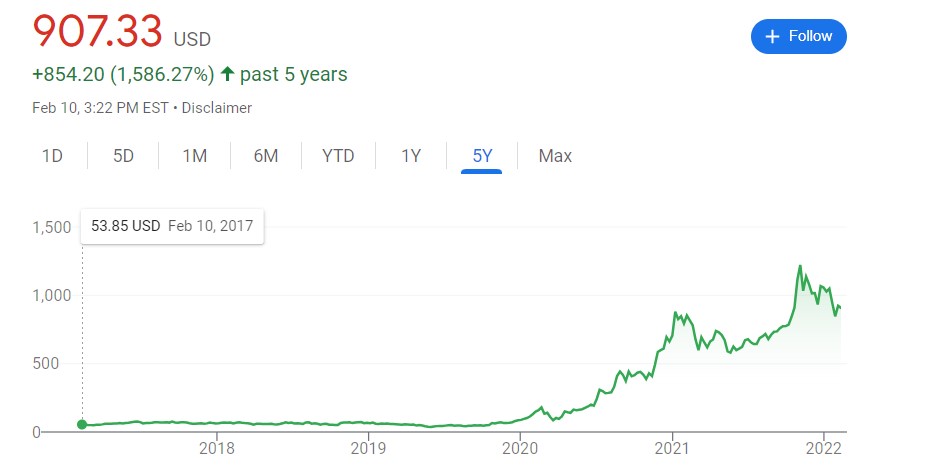 That's a profit of $700,000 without having to spend hours in front of a computer screen everyday.

The truth is the opposite of what Gareth is saying.

Day trading has proven to be the absolute worst way to trade and most people lose money day trading.

Here's some reasons why I hate day trading:

Day trading has a success rate under 5%.

The reason the success rate is so low is it's impossible to guess where the price of stock will be in a couple of hours.

There's a million things that can effect the price of a stock and no amount of chart analysis or technical analysis or whatever bull sh*t strategies a day trader uses can overcome this.

Guessing where a stock price will be in a few years is much easier.

This is a good amount of money to start investing with that I'm sure many people reading this won't have.

You Need Hours A Day To Day Trade

Another downside of day trading is it requires immense discipline and time to even have a shot at being 5% successful.

This means hours of preparation every day and then hours of time in front of a computer screen to make trades.

The average time a successful day trader spends in front of a computer screen is 8 hours a day.

This makes day trading basically impossible if you have a job or any sort of busy life.

Technical Analysis Is A Scam

Let's go back to Gareth's interview for a second.

Gareth is claiming he invented a trading method in his mid twenties (with three jobs and being completely broke) by "studying charts.. day and night."

This means Gareth relies on technical analysis to make his trades, which looks like this: 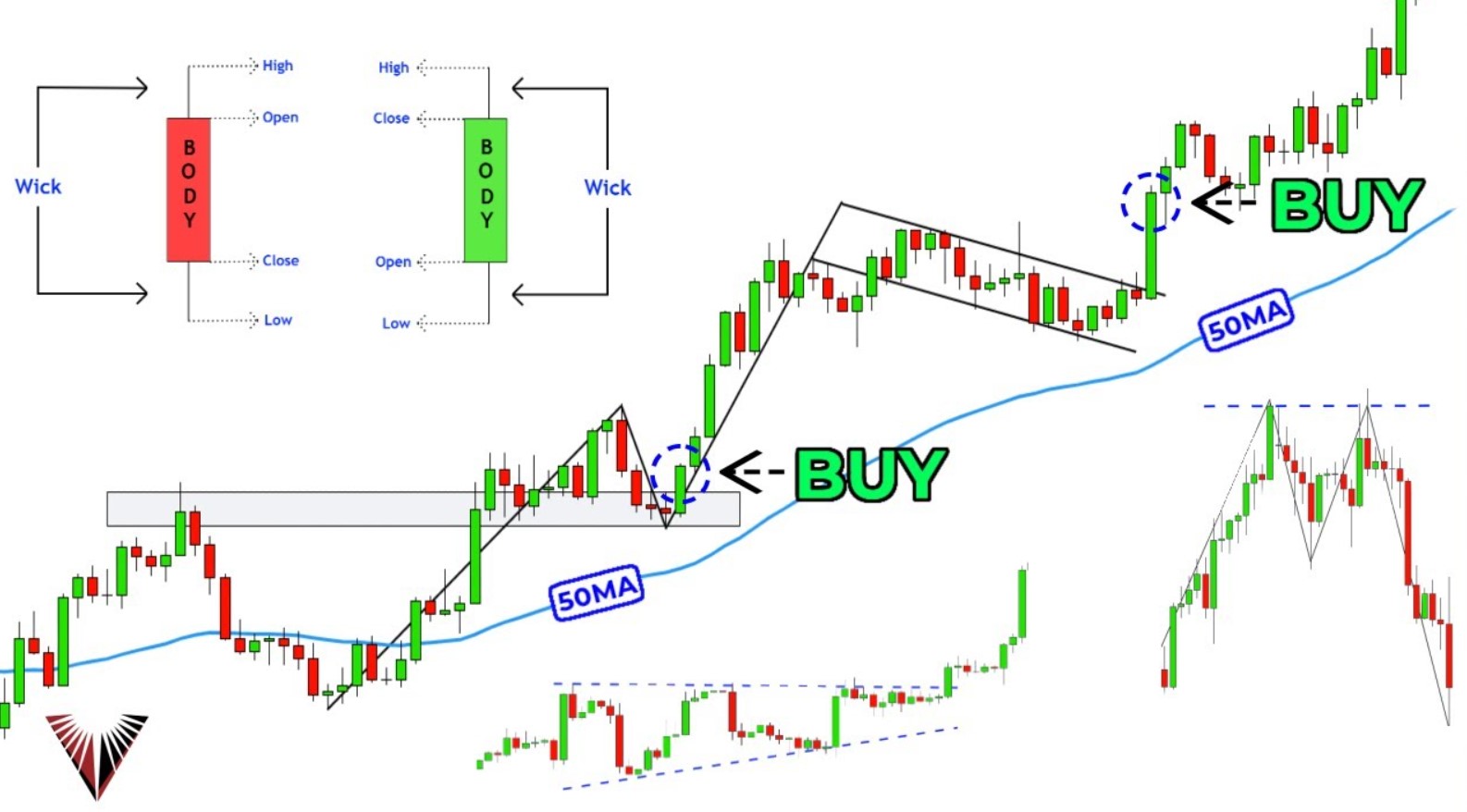 The cult of technical analysis believes you can guess a stocks price in a few hours using charts like the one above.

The truth is technical analysis is largely a scam.

Charting has some value in trading but it's never going to make you money long term.

Don't take my word for it either.

This is what Warren Buffet has to say about technical analysis:

He's basically calling technical analysis a Rorschach test. You can look at any chart and come to the conclusion you should buy or sell.

To have your strategy revolve solely around these charts and to completely ignore the facts about a company (revenue, debt, competition, etc.) is silly.

Day trading is truly gambling - and most gamblers end up broke.

Here's a breakdown of them all.

This is one of the main offers at InTheMoneyStocks and is very expensive - it will cost you $2,999 per year to join.

Someone I really respect joined the chatroom for a month to see what it was like and detailed his experience here.

I recommend reading the article I linked to because the person who wrote it was an ex-scammer himself, spending time in jail for running financial scams.

He knows all the tricks.

He called the trading room this:

"The day trading room is a complete and total shit show of nonsense and useless information."

He later described Gareth and Nick as the following:

Next you have a series of products promising to deliver you trading alerts.

The returns Gareth and Nick claim are so laughably high that it's obvious they're lying.. we'll get more into that later.

I just want to describe what they're offering in this section.

There's four alert services and they are:

Of course I don't recommend buying them because they don't have a firm grasp on what they're teaching.

Some of the courses include:

Boy oh boy is there a lot to digest with InTheMoneyStocks.

There Is No Verified Track Record

The main selling point of the services of InTheMoneyStocks is the "verified success."

However, this is actually the opposite of the truth.

There's no verification of any success.

There's just a list of trades that Gareth or Nick made but there's no way to tell if these are true.

Simple logic determines they are completely made up.

Basically Gareth is claiming he's getting on average 600% to 800% returns every year.

This is literally IMPOSSIBLE.

He'd be worth billions and billions if this were true and the service wouldn't be $99 per month to get access to.

They're not recording all their loses and frankly are probably just making up their winning trades, claiming they made them after the fact.

Look at how many reviews I found of people claiming they lost a ton of money following InTheMoneyStocks trade alerts: 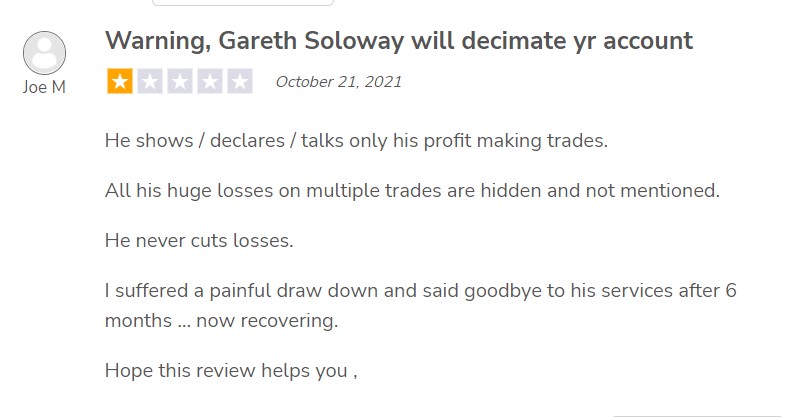 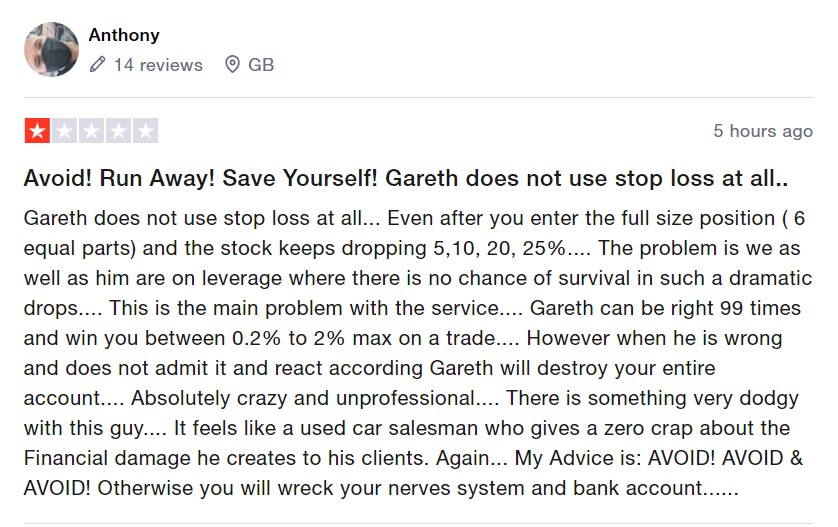 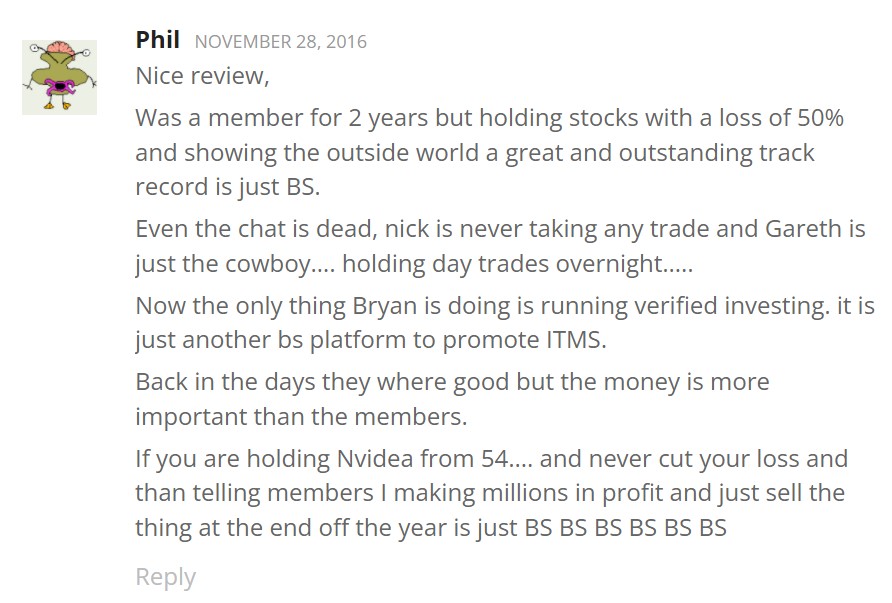 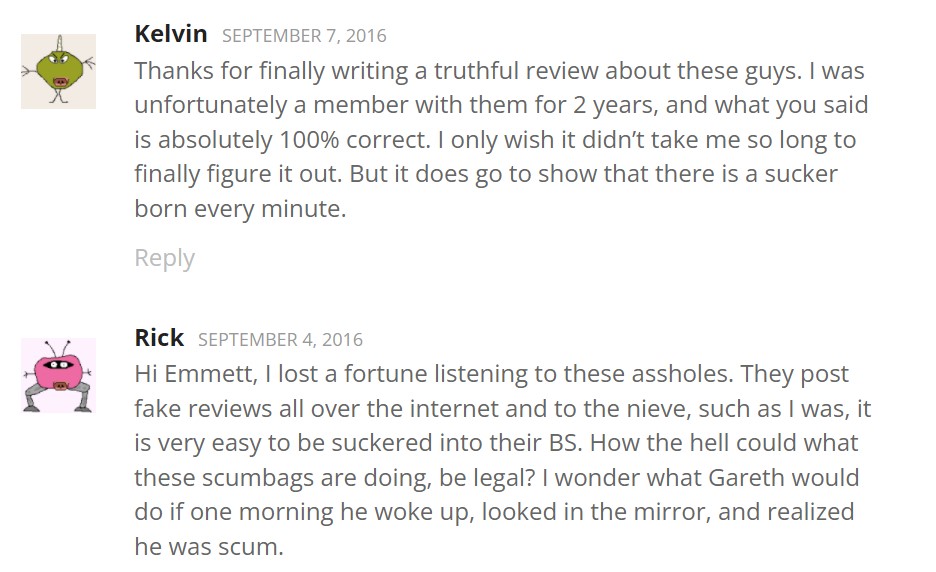 Do these sound like people winning 80% of their trades and making 600% returns?

The price of these products are horrible.

The day trading room costs $2,999 per year and that's so laughably expensive.

That's not even taking into account the whole thing is fraudulent.

There's plenty of places that offer a trading room and training for much less than that.

Additionally, it's going to be so much harder to profit when you're paying this much for a trading room.

Day trading is hard enough without having to overcome thousands in fees.

The refund policy is what I expected also.. that there is no refunds:

Scammers never allow refunds because so many people would ask for one.

So no surprises here.

Sometimes it's hard for me to really tell how bad or good a program is.

In these cases it takes a lot of research and insight to figure it out.

But this isn't the case with InTheMoneyStocks..

This one was easy to figure out.

Once you see the cost of the program.. the fact there's no refunds.. the outrageous returns they claim they get.. the day trading and technical analysis.. the sketchy history of the owners..

You know what you're dealing with.

I've done a few of these reviews now and I'm surprised anyone falls for these scams.

Obviously I don't recommend you getting involved with InTheMoneyStocks.

Luckily there's a lot better programs out there.

To see my favorite place that provides this (that's very affordable), click below: